Nutrien’s Weeping Water facility has recently been named one of Nebraska’s Safest Companies for the 27th consecutive time. 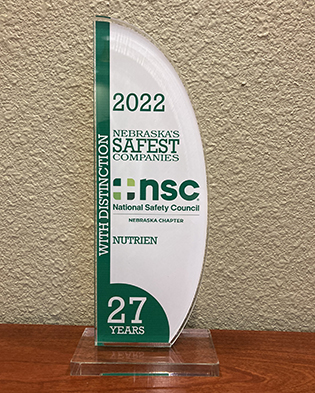 Safety is a full-time job at Nutrien, and that work doesn’t go unnoticed.

For the 27th year in a row, Nutrien’s Phosphate facility in Weeping Water, Nebraska, United States has been recognized by the National Safety Council (NSC) Nebraska Chapter as one of Nebraska’s Safest Companies. This year, the team received a distinction due to its high overall score, which is based on safety logs and programs.

“I’m proud of the team for their commitment and dedication to safety over the years,” says Doug Engel, the site’s General Manager. “This achievement is a celebration of Nutrien’s Culture of Care and the work we do to prioritize the safety of each other and our communities.” 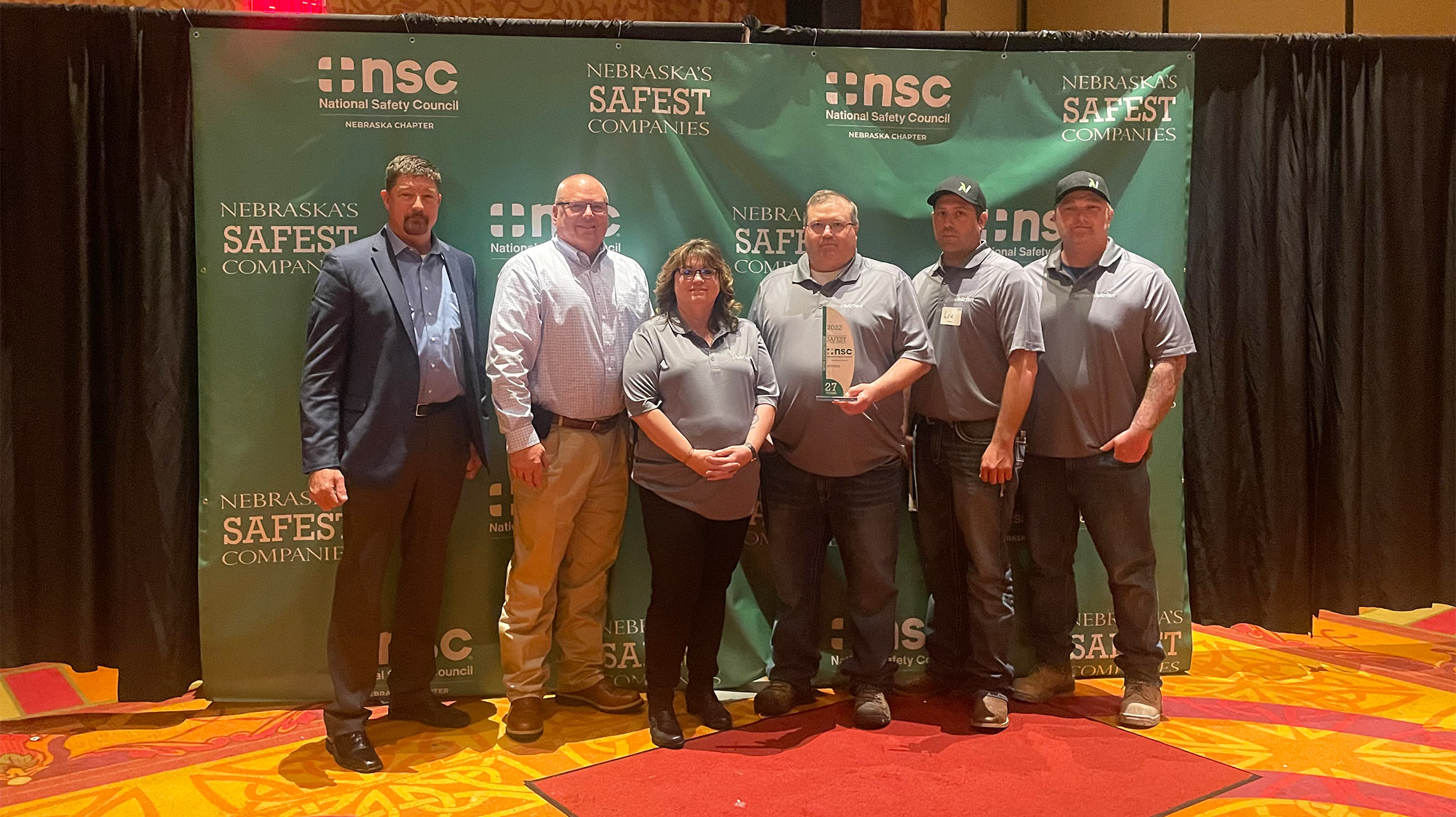 The NSC’s safety program evaluation scorecard highlights many of the efforts taken at Weeping Water, including the following:

The Weeping Water facility, located on the east side of its namesake town in Nebraska, was constructed in 1960 and purchased by one of Nutrien’s legacy companies in 1995.

While most of Nutrien’s production facilities make nutrients for plants, Weeping Water is all about animal feed. The site takes limestone and phosphoric acid and mills, mixes, dries and screens them to produce phosphate feed mineral supplements for the beef, pork and poultry industries as well as the pet industry. The Weeping Water facility is Safe Feed Safe Food certified.

The limestone at Weeping Water is taken from underground mines and processed into a fine powder, while the phosphoric acid is brought in by rail from Nutrien phosphate mines operating in North Carolina and Florida.