Nichole Millage, daughter of Dave Schnepper, Regional Credit Manager for the US Retail Cornbelt region, already had a total 25 elite competition honors spanning her 16-year career in sitting volleyball. She was tempted to retire after her first gold medal at the 2016 Rio Paralympics, but Tokyo was calling her name and she decided to pursue one last Paralympic run.

According to a 2017 profile of Nichole by The Daily Illini, women’s sitting volleyball became a Paralympic sport in 2003. The Paralympic Games are Olympic level competitions across 25 sports played by athletes with disabilities. In sitting volleyball, athletes are seated on the court and use their upper body to move and handle the ball. The court is smaller than those than for standing volleyball and has a lower net.

There were a few hurdles on Nichole’s road to gold in Tokyo – but Nichole has never let difficulty stop her. First, the 2020 Tokyo Paralympics were delayed by a year due to the COVID-19 pandemic. This meant a year of training after Nichole expected to be finished with her fourth Paralympics and planned to be happily retired.

The players overcame their jetlag to play through four matches leading up to the final gold medal match. Competing while wearing masks was new, but the biggest adjustment this year was the lack of fans present in the stands.

When the team won the gold medal in Rio in 2016, the games drew 15,000 excited fans. In Tokyo, the spectators were limited to coaches, referees, team doctors and other Paralympic athletes who were able to make it to the match.

Back home in Champaign, Illinois, Dave Schnepper and his wife Philomena were also experiencing a different kind of Paralympic games – one watched from their couch. For some of the matches, the proud parents would wake up at 4:30 a.m. to watch in real time.

“Her mom and I were so ecstatic,” says Dave on seeing Nichole win her last gold medal, “We were jumping around and hugging.”

The Road to Paralympic Gold

When Nichole was 21, she was injured in a boating accident. As a result, part of her left leg was amputated and she sustained a serious injury to one of her hands. However, Nichole didn’t let this injury stand in her way of getting back into sports.

An active athlete, Nichole had played softball and volleyball in high school. According to Dave, once Nichole got her prosthetics, she asked to join her parents on their co-ed softball team and even went water skiing where she got up on her first try. In 2004, Nichole volunteered at a camp for kids with disabilities, where she learned about sitting volleyball. Soon she was travelling to Louisville, Kentucky to watch a team camp where she got to play on the court for the first time. In 2005, she officially made the US Women’s Sitting Volleyball Team.

Nichole’s 16-year career in sitting volleyball has taken her around the world and has given her opportunities to meet multiple presidents of the United States and compete in four Paralympics - Beijing in 2008 and London 2012, where she won silver medals, and Rio in 2016 where she won her first gold medal. Her many other medals were won in qualifying matches on her journey to the Paralympics.

“When they raised the American flag for the women to get their gold medals in Rio, it put chills up and down my spine. I told Nichole, it doesn’t get any better than this,” says Dave, “And then she did it again. Nichole has never let anything stop her. Her determination is unbelievable.”

So, what’s next for the two-time gold medalist? Catching up on her sleep while readjusting to her regular time zone, returning to her full-time job as an Environmental Sustainability Specialist for the city of Champaign and –inevitably, dad suspects, given her competitive streak and knowledge and love of the game – coaching. 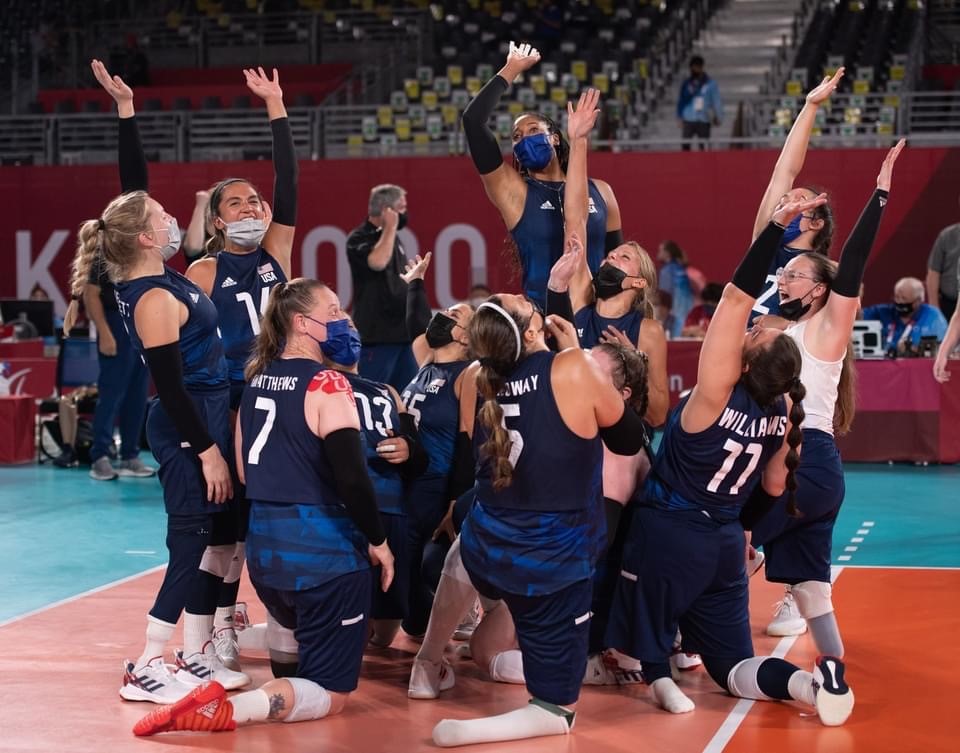 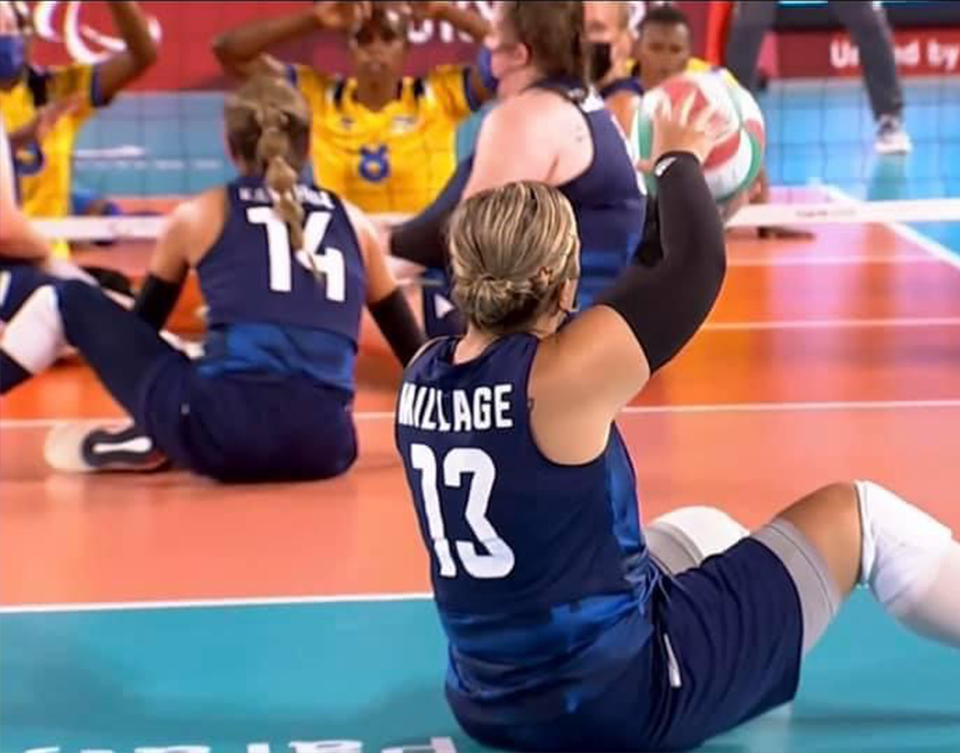 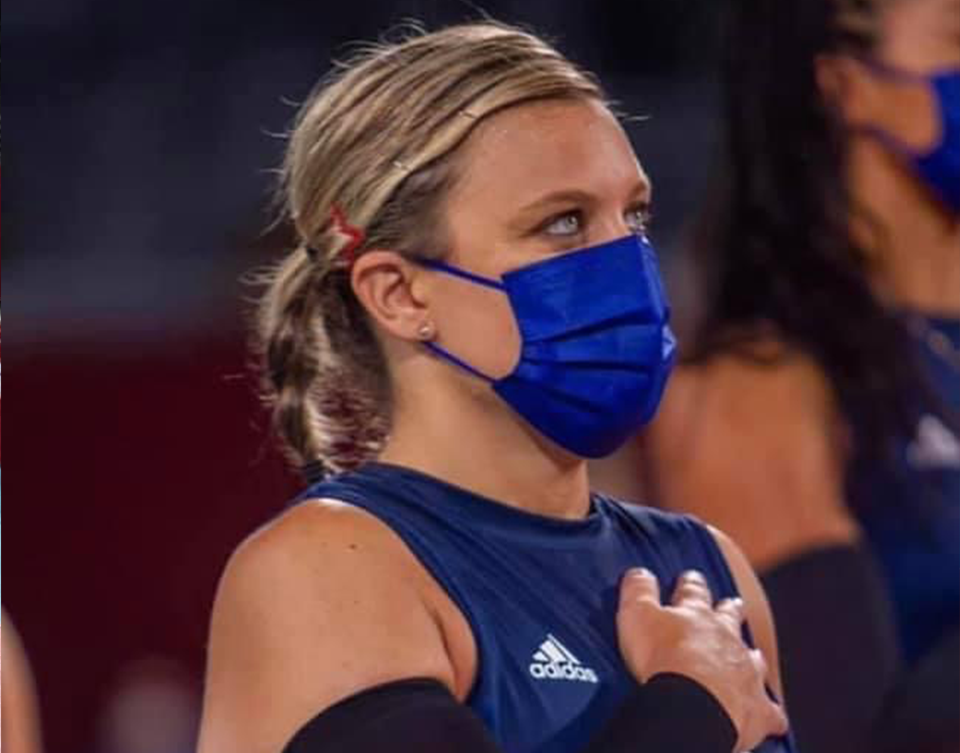 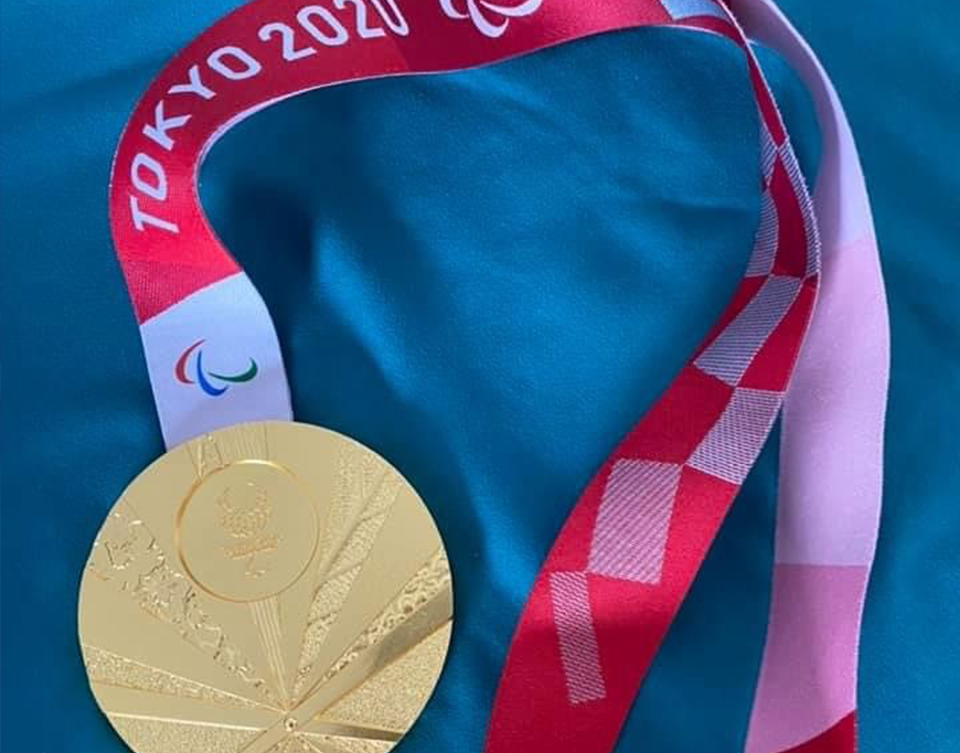 In celebration of Paralympians, check out this video from the #WeThe15 campaign that launched at the Tokyo 2020 Paralympic Games and learn more about the Paralympics here. Congratulations Nichole and team!​​