Nutrien’s Saskatchewan potash sites continually look for new and better ways to improve safety performance – and its new, state-of-the-art rescue truck is a prime example of those efforts in action.

If a power outage or similar incident temporarily strands miners underground, Nutrien has a backup exit system in place to get workers to the surface safely and quickly. However, the new truck raises the bar in both categories, says Trevor Robulak, Potash’s Senior Specialist of Hoist Integrity Engineering.

“Our current rescue system uses a 53-foot trailer that houses a diesel generator and winch which are trucked to the site. From there, a steel frame is built within the shaft compartment to ensure adequate support for the rescue pod,” says Trevor. “Moving the trailer to site and making the necessary preparations can take several hours.”

The new custom-built system features a truck-mounted hoist, a telescoping boom crane and a robust worker pod. Once on-site, the system can be set up in as little as 30 minutes. The system doesn’t require the construction of a steel support frame within the shaft, a time-consuming process that also introduces the risk of tools, fasteners, or even steel being dropped down the shaft.

“The driver simply backs up to the shaft, then operators put the outriggers down and hook up the pod. It can then be lowered down to the miners,” says Trevor. 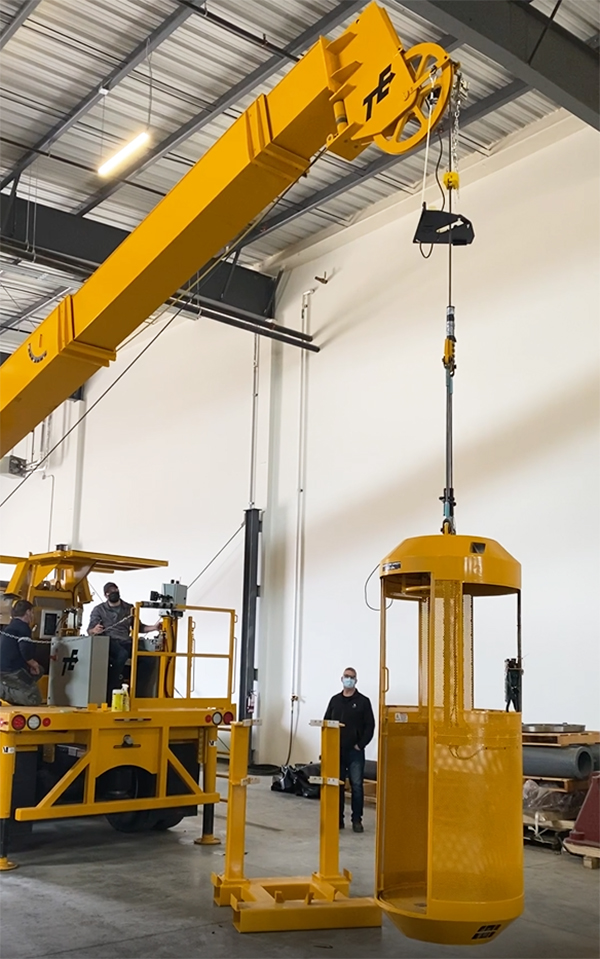 The benefits don’t stop there. The new truck also provides the hoist operator with greater visibility of rescuers and the pod at the shaft’s surface access point, while a state-of-the-art control panel allows the hoist operator to program stopping positions, further enhancing safety. 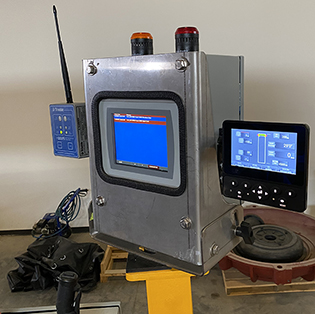 The pod itself allows a clear view of where the rescuers are and what they are approaching below the surface.  It’s also equipped with a lighting system and communications technology that uses the crane’s rope as an antenna for real-time information exchange, as well as a remote emergency stop feature.

Collaboration was key in making this project a reality. Trevor and his team held several meetings with the Hoist and Shaft committees at potash sites, learning the intricacies of each operation so the technology could be tweaked to fit all sites’ requirements. “A special thanks goes to the Rocanville, Saskatchewan team, whose members provided feedback and lessons learned on the operation of their rescue truck.  That input was instrumental in making enhancements to the finished product we now have,” says Trevor.

It takes three people to set up and operate the rescue truck’s equipment, and Trevor is training teams at each site to ensure there is a deep bench of trained personnel in place.

The new rescue truck is housed in a central, indoor storage space in Saskatoon, Saskatchewan – where it is protected from the elements and ready to serve Nutrien’s Saskatchewan potash sites, as well as those of its competitors, should they need assistance.

“The new truck, alongside the existing rescue truck at Rocanville – as well as the recent purchase of a rescue truck by another potash company – has significantly increased miner safety in the province of Saskatchewan,” says Trevor Berg, Vice President, Potash Operational Strategy and Optimization, Engineering, Technology and Capital. “There’s a healthy rivalry among the potash mine operators, but when it comes to safety, we don’t compete, we collaborate.”