How does a major industrial site go a full decade without a lost-time incident? By never giving safety a day off.

That’s the word from leaders at Nutrien’s Joffre Nitrogen Operations and Chigwell Distribution Terminal in central Alberta, Canada, which reached the 10-year milestone on October 13th. The facilities also marked three years without a recordable injury on November 15th.

“We’re deliberate and methodical about safety, every day. For example, we meet every morning to talk about what’s planned for the day,” explains Jennifer Mercer, General Manager. “It's a team conversation that asks the question, ‘Is there something specific about the tasks we're doing – whether it’s maintenance, operations, engineering or procurement – that need an additional safety focus?’”

A lost-time incident is logged when an employee or contractor needs to miss work due to an injury they sustained while on the job. A recordable injury is one that needs professional medical attention beyond standard first aid. Going 10 and three years respectively without such incidents is a major accomplishment, says John Horne, Vice President, Safety, Health, and Environment.

“I want to congratulate the Joffre and Chigwell teams for reaching these important milestones and thank them for consistently walking the talk on our safety culture,” John says. “Making sure everyone goes home safe, every day, clearly isn’t just a slogan for them, it’s a fundamental part of who they are.”

In addition to making safety a central part of every conversation, Jennifer points to the team’s commitment to the principle of stop work authority as another key component of the Joffre and Chigwell safety culture.

“It’s well established around here that we are going to stop work and make sure that we are 100 percent aligned before proceeding,” Jennifer says. “We also regularly ask the question, ‘What are we missing?’ before we do any work. Openness and communication are key.”

That focus on communication is particularly important in light of the fact that the Joffre Nitrogen facility and its Chigwell distribution terminal are 20 kilometers apart, says Myrna Kalev-Kleppe, site Safety, Health and Environment Specialist.

“Even though there’s a physical distance, the communication and mutual respect between the two sites is extraordinary,” Myrna says. “There’s also a real emphasis on mental health awareness, and on inclusion – because if you don’t feel like you can bring your whole self to work, that could impact safety, too.”

“This is a small operation, and everyone cares very much about each other. We've got a couple of sites here that are full of safety leaders who rely on each other to do what's right day in, day out,” he says. 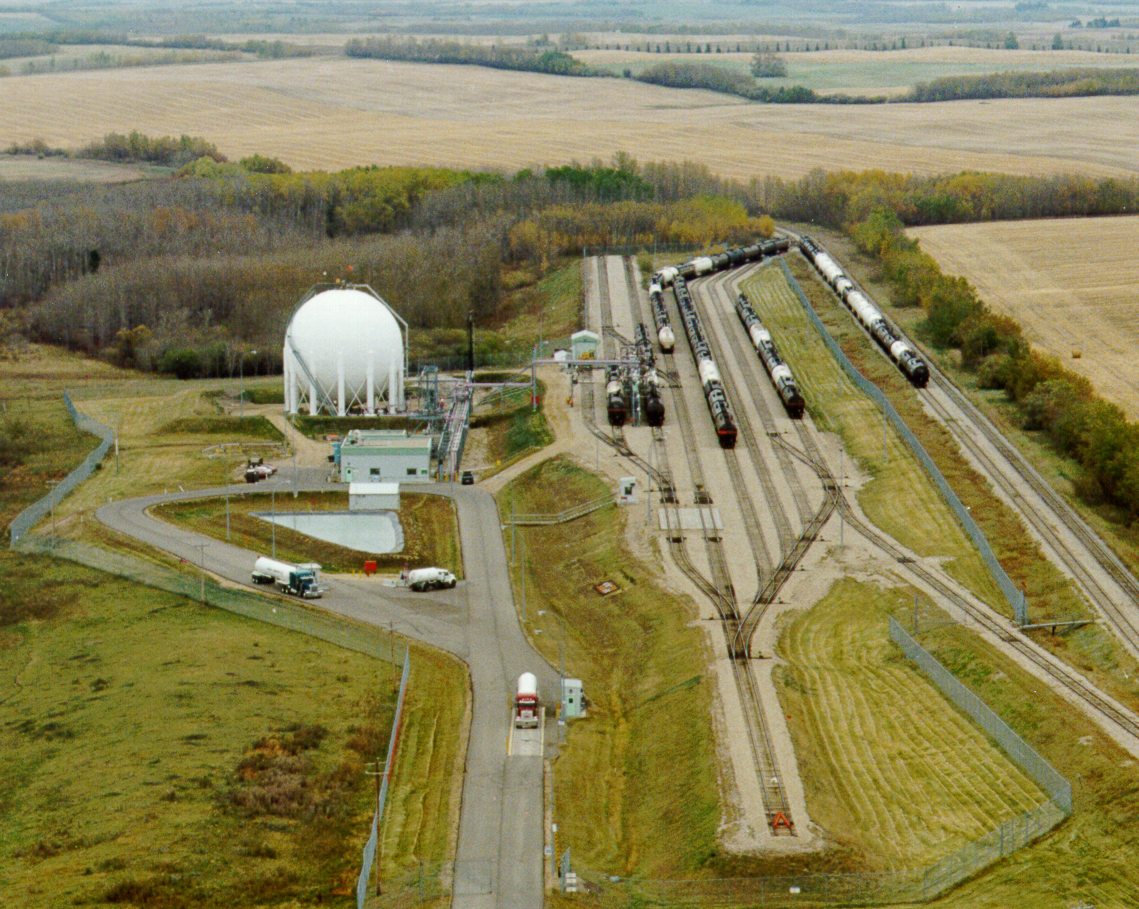 The 411 on Joffre and Chigwell

Located 175 kilometers north of Calgary, the Joffre Nitrogen facility produces about 490,000 tons of ammonia per year. All of it travels by pipeline to the Chigwell Distribution Terminal about 20 km north of the Joffre plant. From Chigwell, it’s sent out by rail or truck to retailers including Nutrien Ag Solutions, other Nutrien nitrogen facilities and commercial customers for upgrading to agricultural or non-ag products, and ultimately to farmers across Western Canada.

“We have 36 employees and two long-term contractors between the two sites, and more than a third of the team has been here for the full 10 years,” Alex says. “We are one team, and that is key to our success.”

Joffre is unique among Nutrien nitrogen plants, in that it doesn’t use natural gas to react with nitrogen in the atmosphere to make ammonia. Instead, its hydrogen and nitrogen feedstocks are byproducts from nearby petrochemical plants that are delivered to Joffre by pipeline. As a result, the site is part of Nutrien’s low-carbon ammonia network and a key contributor to our Feeding the Future Plan. 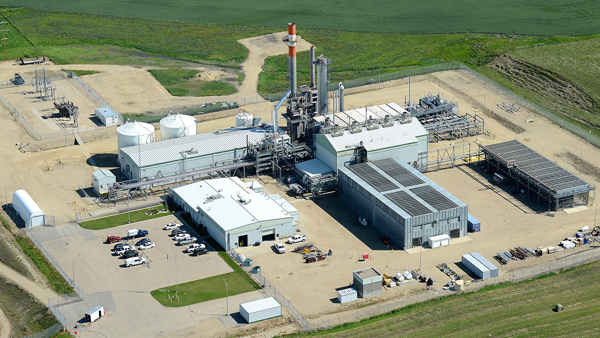 Tin and aluminum are the traditional materials associated with 10th anniversary gifts, so to mark the 10-year milestone, Jennifer gave each employee a shiny aluminum hammer, etched with a commemorative engraving. Similar hammers were mounted on plaques and hung in the lobbies of the Joffre and Chigwell facilities. 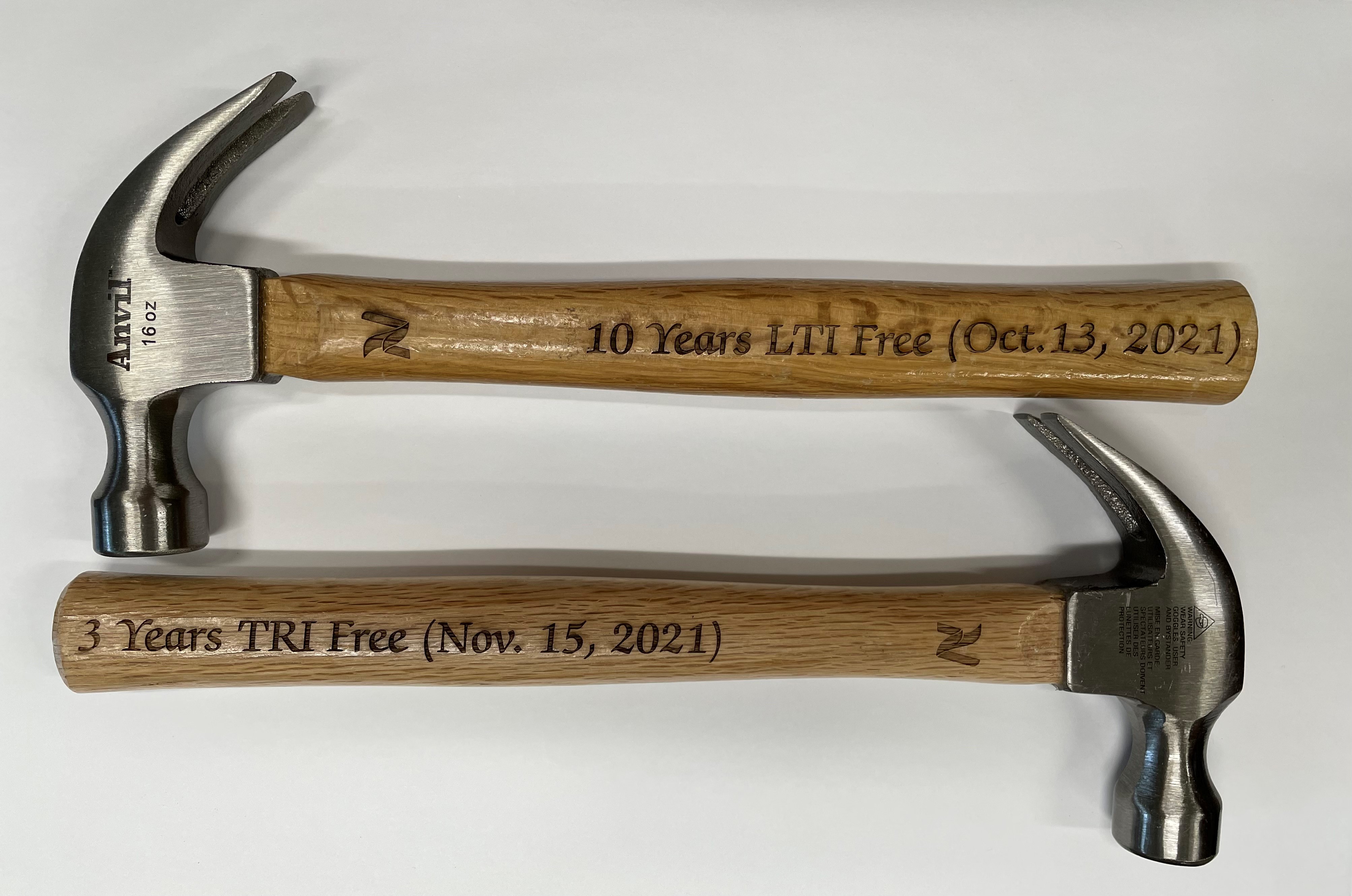