N&P emergency response teams compete in the name of safety

Our Nitrogen and Phosphate sites take safety to the next level by hosting an annual, in-house Emergency Response Competition.

The first competition was held in 2008 and has taken place each subsequent year, with the exception of 2020 and 2021 due to the COVID-19 pandemic. That didn’t slow the teams down – in fact, Matthew Paynter, Emergency Response & Preparedness Manager, thinks this year’s event was one of the best.

“I think the competition was successful because everyone worked together,” he says. “We had a great team running the event, the teams competing cooperated well and we had great judges. There’s a lot that goes into it and a lot of people involved, so I’m impressed with how everyone came together.”

Teams of eight from our N&P production facilities in Augusta, Georgia; Geismar, Louisiana; Lima, Ohio; Redwater, Alberta; Point Lisas, Trinidad and White Springs, Florida travelled to South Carolina where the competition has been held for the past few years. This was the first time a Canadian site participated, and Matthew is hopeful that teams from Nutrien’s Carseland, Fort Saskatchewan and Joffre, Alberta nitrogen facilities will also be able to attend in the future.

The teams competed in events – confined space, fire, firefighter combat challenge, hazmat, high-angle rescue, medical and a proficiency exam – that featured scenarios that could actually happen at our sites. Another first this year was that, in addition to these events, each team received specialized rope rescue training.

Trinidad was named the overall winner of this year’s competition, and coach Jason De Boulet credits the team’s success to its members’ focus on safety and efficiency. 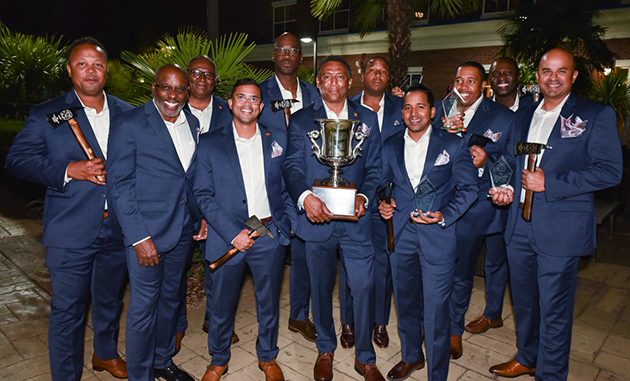 “Each individual’s attention to detail, working alongside and relying on each other for support, gave us confidence as a team and propelled us to success,” he says. “We recognized that everyone has different strengths and weaknesses, and by earnestly working to improve our weaker areas, we became stronger and our performance, regardless of the outcome, is one we would be happy with because we’re respectful of each other’s abilities.”

“This competition offers a fun learning environment for all the teams to put their skills to the test and is a great preparation tool in the case of real emergencies,” says John Horne, Vice President of Safety, Health and Environment (SHE).

“There’s a lot of training that goes into getting ready for each event, and it really is a culmination of the teams’ efforts throughout the year,” he says. “The competition showcases the Nutrien Way in action, and I want to thank everyone involved for helping to strengthen our safety culture.”